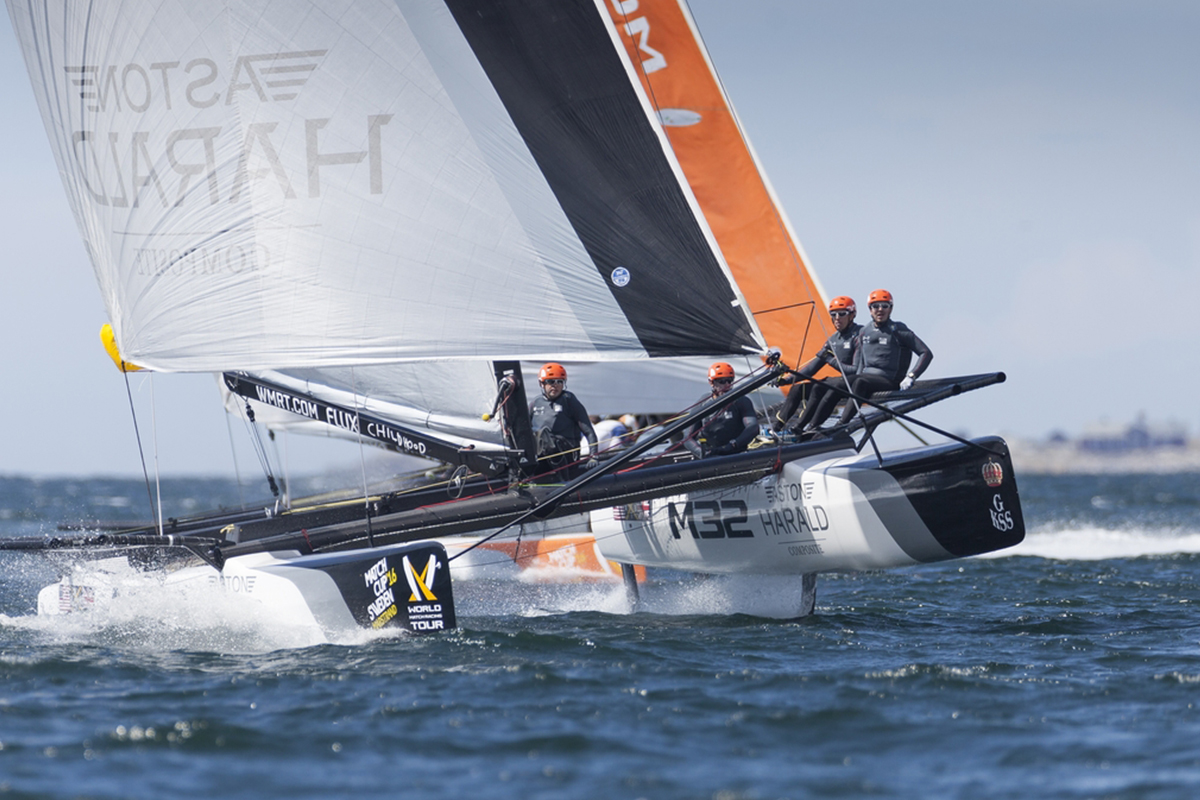 A Torrid Tale of Collision, Capsize, and the Charge of the Light Brigade
The Super 16 knock-out round of the World Championship Finals sizzled with excitement and controversy today, as the World Match Racing Tour heads for a climactic finale in Sweden.

Strong, northerly winds blowing across the island of Marstrand offered up a different race course and a different challenge from previous days. It brought out the best of some of the young Antipodean teams who have flown half way round the world for a shot at the $1 million bonus prize money for the winner of this event. The likes of Western Australia’s Sam Gilmour and Matt Jerwood might have thought their chances of the big prize were pretty slim, but on the evidence of today’s performances by the young sailors from Perth, they might just have a shot if the big breeze stays up.

Jerwood took his opening match against the highly rated Danish skipper, Nicolai Sehested, and then came within a hair’s breadth of taking a second win until a small tactical error at the final turning mark let Sehested off the hook. 1-1. Jerwood made amends with another win in the third match, taking it to match point. Once again in the fourth match Jerwood got the better of Sehested in the start and led to the bottom gate. But opting for the left-hand side of the first upwind leg put the Aussie at a disadvantage on port tack as they two boats converged at high speed on the first cross.

Too late, Jerwood realised he had nowhere to go as Sehested was on a collision course with right of way. The Dane bore away too late to avoid contact and bashed into the Aussie boat, ripping the carbon hiking rack clean away from the rest of the M32 catamaran. After a 30-second consultation between the umpires, Sehested was black flag disqualified for failing to avoid the collision and causing serious damage. The end of the race, and this evening both skippers went to the protest room to make their case, waited to hear their fate from the jury. For that reason, both Sehested and Jerwood were tight lipped about the detail of the incident. “Big crash, rack came off,” said Sehested. “It was a big hit,” agreed Jerwood, “and probably quite expensive.”

Yes indeed, both teams will be in sore need of getting further through the competition to cover their damage deposit before they can start counting what’s left for them to fly home with. The jury concluded that Jerwood be given 1 penalty point, and Sehested 2 points. This means the Australian still sits on match point tomorrow, while the Dane needs to win four straight matches in order to get to the Quarter Finals. A tough prospect for one of the favourites among the 20 international teams that have come to Marstrand.

Like his fellow Australian, Gilmour found himself in a commanding position over Hans Wallén and looked headed for the Quarter Finals until Gilmour and his crew fluffed their lines at the windward mark. Wallén had just snuck around the mark ahead of Gilmour who was slow out of a tack. “The wind came in strong, about 20 knots,” said the skipper. “We came round with not much speed at the top mark, we deployed the gennaker a bit early and the boat was straight over. There was no opportunity to bail out of it.”

Wallén may have wriggled free and won that match, but Gilmour is growing in confidence and still sits on match point. “We were leading every match and we just made some small errors; we are still at match point and the boys are sailing the boat really well. Every race we do, we feel like we’re faster.”

Another Swede that likes the high winds but failed to make much of an impact today against Phil Robertson was Nicklas Dackhammar. “Phil just had our number today,” said Dackhammar. “I did some bad starts and we got a penalty, we were against a great team and they really pushed hard today.”

As well as dominating the starts, Robertson was also very fast in the strong wind, partly because all four sailors on his team sit on the rack while every other skipper sits in on the hull. "Four on the rack,” said Robertson, “and we're off like a bridesmaid's nightie!" The wily Kiwi has spotted a loophole in the M32 class rule. “We were sailing the boat underweight at other events, so we dropped our crew weight to less than 300kg.” This is the magic number where lighter teams are permitted to have all the crew hiking on the outriggers, whereas most teams are operating at the crew maximum of 350kg, with the helm sitting inboard.

“We found people cleverer than us sailors, some proper mathematicians, to do the sums for us,” said Robertson. “They worked out that even with our lighter crew weight, we’d have more righting moment. About 10% more. And it felt pretty good today. We were fast against one of the fastest high-wind teams in the M32.” Some of the other crews are certainly grumbling about the legality of what Robertson has done, but no one has actually found the grounds to throw the book at him. With the breeze set to be strong on Thursday too, Robertson may prove a real handful, especially if he stays sharp in the pre-starts. Could this be the Charge of the Light Brigade?

In the other Super 16 match of the day, Chris Steele turned on the afterburners to beat Australia’s Steve Thomas 3-1.

The Sail-Offs took place earlier in the day, with Mattias Rahm dispatching the winner of the past four years in Marstrand, Bjorn Hansen, 2-0. All the other matches went 2-1, with Eric Monnin beating Evan Walker, Murray Jones beating Sally Barkow, and Johnie Berntsson beating Keith Swinton.

Thursday’s schedule sees the conclusion of the Super 16, with even stronger breeze on the Marstrand forecast.

Live coverage will be shown at www.wmrt.com from 1400 local Swedish time. 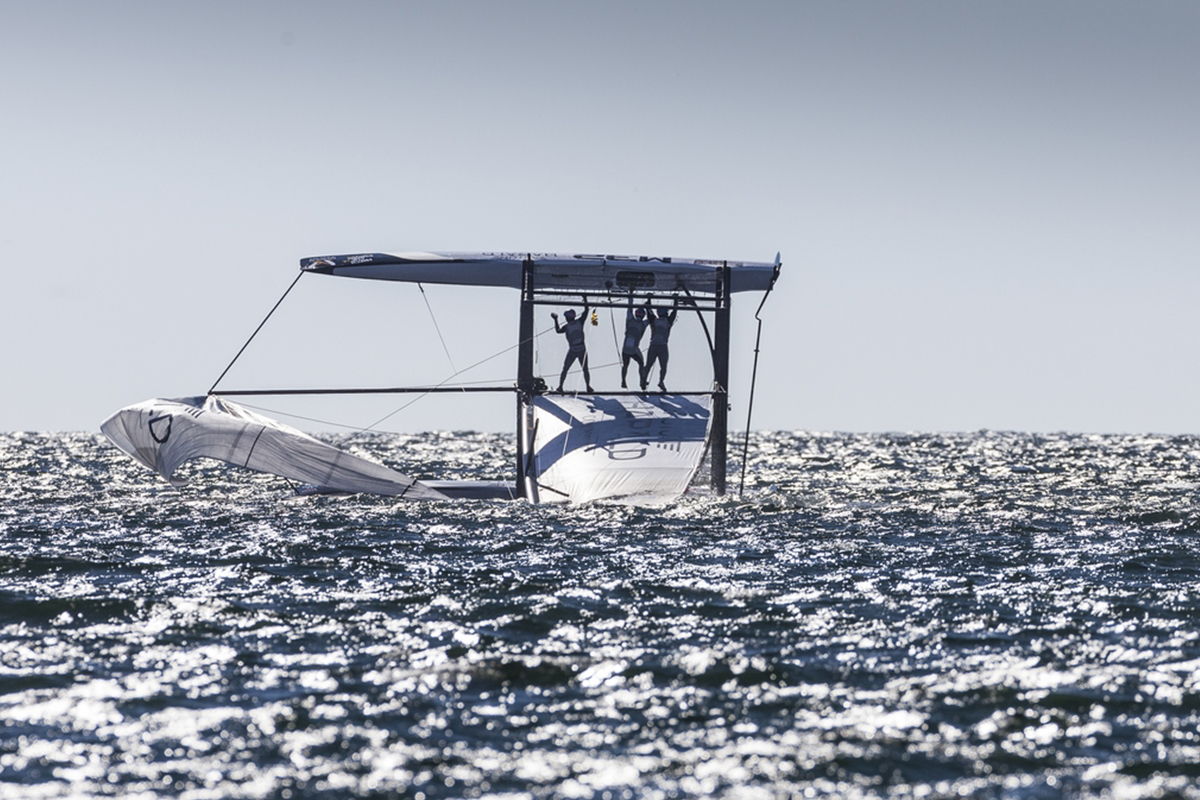 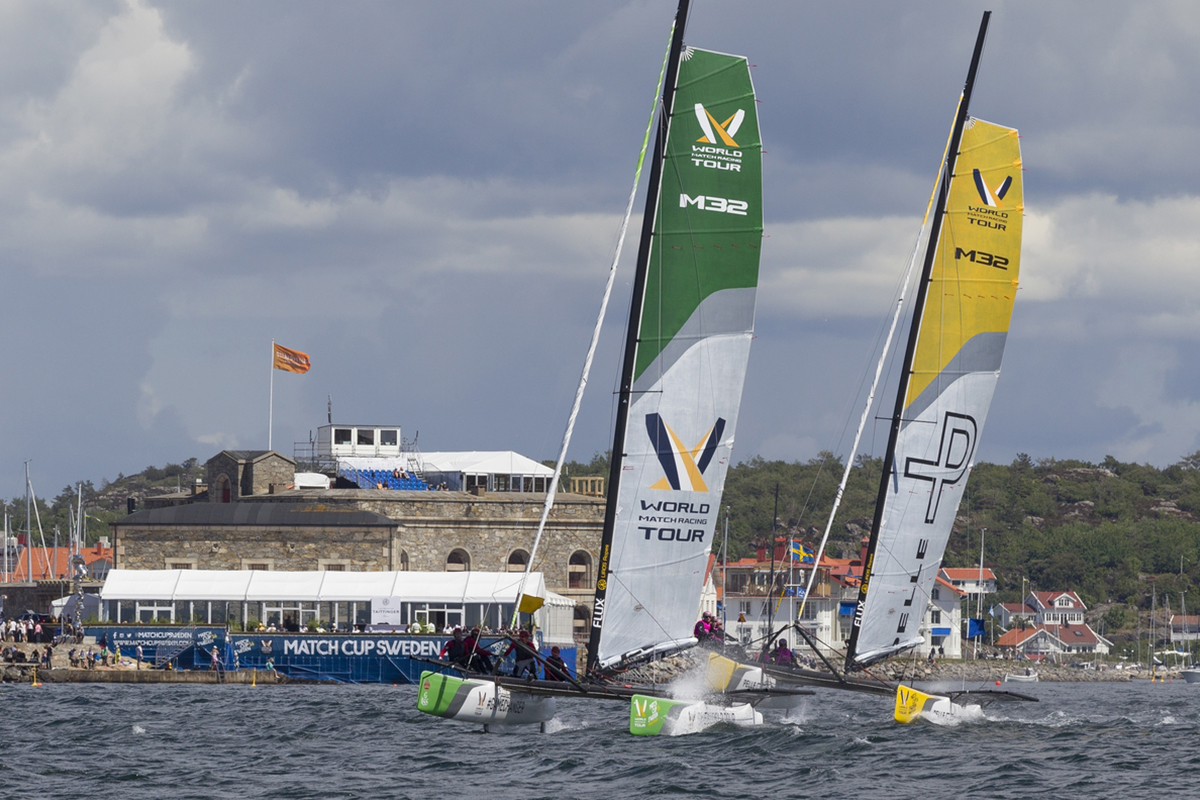 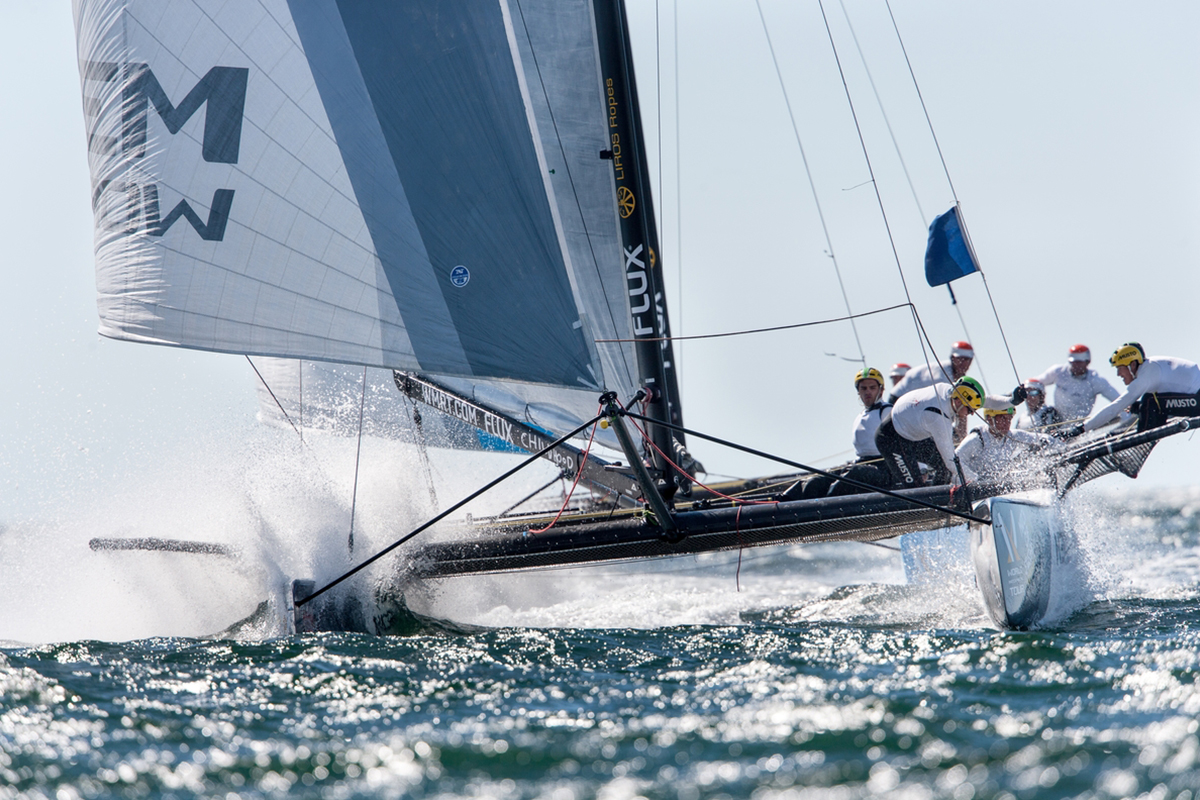