24 replies to this topic 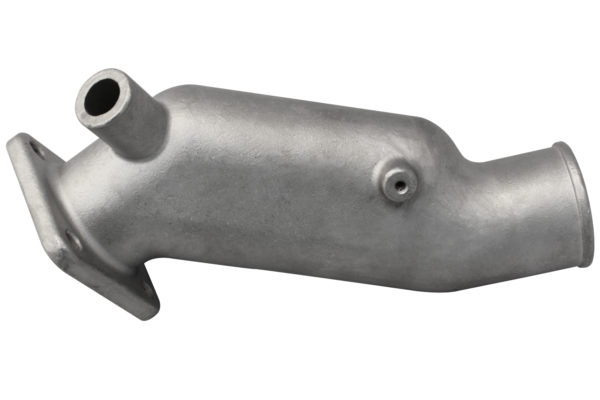 This is double walled right back to flange, or near it.

Same design as the Yanmar ones.

Cast, twice as thick as the welded tube ones.

Schedule 80 black pipe fittings will cope with the hot / cold much better that the shiny SS and will generally last considerably longer, Hi temp paint (2 stroke expansion chamber paint) will look after the appearance.

I have a mate who has tried Black Pipe, he found it to be O.K but no better than cast iron, I haven't used it but that was his feedback. That Yanmar unit looks to be the answer so when this one is U.S I will adapt one of those.

Another mate fabricated one from Inconel, It was bulletproof, no idea where he got that from. Condenser tubes in the Leander frigates were Thick walled Cupro Nickel (Monel ?) so that's what the navy used.

Schedule 80 (50mm dia. wall thickness 5.5mm) is probably as thick or thicker than the cast iron ones, but I would expect a similar life span, (10 to 15 + years) Monel is of course the bullet proof material, only down side is material and manufacturing costs. The fact that no one uses monel for them commercially would tend to back that up.

I thought an update might be of interest, so today I fitted the assembly and ran the engine at about 2200 revs for 20 min, albeit not under load.

I measured a max temp of 70 deg C upstream of the water injection point and about 55 deg just after the injection point. The temp at the manifold end was a bit less so presumably the thermal mass of the cast iron  manifold was a factor and the exhaust hose was barely warm.

The true test I suppose will be an extended run under load but so far it looks promising and there doesn't seem to be any steep temperature gradients.

Back to Tech Talk