How to dock yer boat

The launch bashing on here gets a bit tiresome and a lot of the luanchies are ex sailors with skills and knowledge far beyond anything you could possibly hope to achieve.    This forum has changed,

I'm not anti Launches at all. I like everything that floats, including ahem, jetskis! What I don't like, is some of the Muppets who operate some boats, totally oblivious of both the rules, and the eff 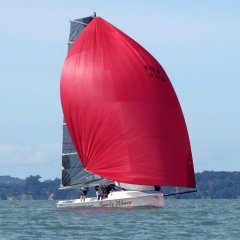 Remembering that alot of the Yachties that went to the dark side, now use their said "Wake Makers" or Stink Boats, to start wind bludger races and lay courses too! - Not to mention doing it whilst coo